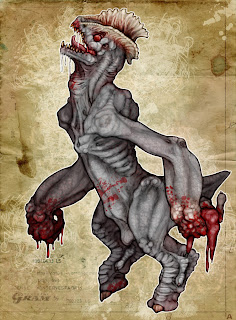 To those who steal our tip jar: I will kill you. I won't personally do it, but I will break the barrier of Pokemon Trainer ethics, and train this Machop to kill you. I've heard rumors that a Machop can destroy a child by level 9, and a grown adult by 24. I assume, homless thief, that your bones are frail, and really a level 16 could murder you. However, I want to see him use Seismic Toss. Seeing you scream in terror as you soar into the air being grappled by a vicious looking rock dinosaur, then slammed into the earth creating an indentation of human flesh, would make me smile.
Let it be known that I do to not hate homeless people. I do hate people that steal from me and my friends though. And by my friends I am including Pokemon that have their held items stolen via the TM46 move "Thief." Ass. You are no worse than homeless tip-jar stealing asshole.
at 9:29 PM