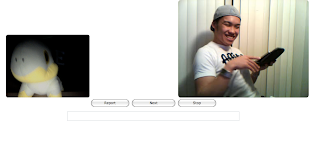 I awoke late last night, to discover one of the famous starters had hacked into my computer and was surfing chartoulette trying to see "Tits or GTFO." His first encounter was with a trainer that was busy on his Pokedex looking up what exactly Turtwig was. Obviously a very rookie trainer, this man had to consult his dex for even the most basic of starter Pokemon. What an amateur. Turwtig promptly moved on. 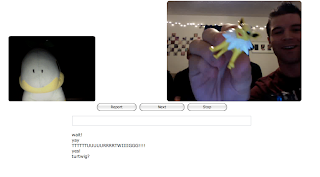 Finally, after many strange men, Turtwig found an experienced trainer with a belt full of Pokemon. Jolteon was his favorite, but he also had Jigglypuff and the oh-so-rare Mewtwo. A heated battle ensued, in which Turtwig was able to come out victorious with a well placed Slam.

Turtwig's night ended with a strange encounter with a Pokemon that was like a Meowth, but more domesticated. It's Pokedex entry was unclear, perhaps one of the new Pokemon from Black and White? Perhaps a domesticated cat? Hard to say. The two apparently showed their best dance moves until Turtwig decided to next this furry feline. And if you were wondering, the new Chatroulette sucks. The interface is obscure, minimalist (in a bad way), and just overall very poorly designed. I probably won't do this much more.
On another note, I found a really neat article about the concept behind Turtwig and its evolutions. The story of the world being a flat disc on the back of a turtle is the inspiration for the species. Great read.
at 11:23 AM