What I've been listening to Vol. III: Meowths Jaw 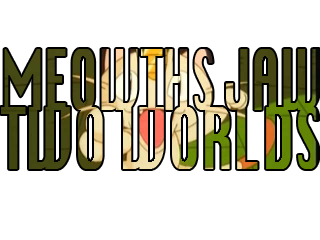 Late last night a record was leaked across the land. And it was a bad rip (see: Sneasel). Then, it was updated into a fine rip and that record was Two Worlds, the latest from Meowths Jaw. If you like 90's emo, anything previously released by Meowths Jaw, or uniting all peoples within our nation I would suggest purchasing said album. Guest vocals from Jesse of Team Rocket during one of the last songs. So prepare to fight unless you surrender to this evil album of both truth and love, and you'll be screaming along to the stars above.